A CRITICAL SERVICE TO MIDTOWN

One of the primary responsibilities of the MNA Safety Committee is the operation of proactive, vigilant patrols for the Midtown Garden District and Old Midtown.

Are you wondering which part of Midtown you live in?

Have you seen both MNA Safety and Midtown Blue trucks and you don't know who you call?

Our neighborhood is unique.  The Midtown neighborhood has three sections: Midtown Improvement District, Midtown Garden District, and Old Midtown.   Each area has specifically identified boundaries.  The MNA Safety Committee and Midtown Blue work alongside one another to ensure that our entire community is patrolled and safer for people who live, work and play in Midtown.

If you live in the Midtown Garden District or Old Midtown, your active patrol unit is MNA Safety Patrol.

If you live in the Midtown Improvement District, your active patrol unit is Midtown Blue.

WHY YOUR MNA MEMBERSHIP IS IMPORTANT

Your MNA membership at any level funds increased safety patrols for the Midtown Garden District and Old Midtown.  You are supporting the betterment of the neighborhood and contributing directly to the quality of life in your Midtown community.

We pay taxes and those taxes should theoretically fund full police coverage.  We agree.  The reality is that Atlanta is growing and density is increasing and crime rates can increase in parallel.  MNA Safety has a great partner in the APD but we need to do our part to support their service to our community.  We all take pride in our individual homes.  We also have to remember that we have to invest in the community as a whole as well.

Since 2003, the MNA and the legacy safety organization, MPSA, have demonstrated a gradual overall improvement in the public safety picture in Midtown.

In an emergency, call 911 first.  If you have already called 911, have a non-emergent concerns or want to speak to the on-duty officer about a nuisance, all MNA members receive the direct phone number to the MNA Safety Patrol.  Our patrolmen are on duty to serve the neighborhood.  We hope you will take time to get to know the officers safeguarding our community.

Meet Officer Matt Stenson.  Officer Stenson is a Zone 5 Officer with the Atlanta Police Department and an outstanding advocate for Midtown.  We have asked Officer Stenson to answer some questions for us about his career, love for Midtown and goals for the residents' safety.

HOW LONG HAVE YOU BEEN WITH THE ATLANTA POLICE DEPARTMENT?

HOW LONG HAVE YOU BEEN WORKING IN ZONE 5?

I have been in Zone 5 for my entire career with the APD.  I have been assigned to 911, bicycle patrol, field investigation team, and Midtown patrol.

WHAT IS THE BIGGEST CHALLENGE IN MIDTOWN RIGHT NOW?

Currently, we are actively addressing street racing which has presented a new challenge.  However, the biggest challenge Midtown faces on a daily basis has been the same for my entire career - it is always car break-ins.  The volume of workers, residents and visitors invites opportunistic thieves.  Keep your car clean, please.

WHAT DO YOU LOOK FOR IN THE OFFICERS THAT MAKEUP THE MNA SAFETY PATROL TEAM?

Every officer that works the MNA Patrol is someone who I have worked closely with in my time here.  The Midtown patrol is highly sought after and I get asked by officers all the time if they can get a shift.  The officers that work it regularly are officers that I would trust with my family's safety - that I would want patroling my neighborhood. Officers Williams, Kim, Hunter, and Shelley are all accomplished, experienced, and well-trained officers.  I am very glad to have them.

WHAT DO YOU LOVE ABOUT MIDTOWN?

IF YOU COULD CHOOSE AN ENHANCEMENT FOR THE MNA PATROLS TO HAVE TOMORROW, WHAT WOULD IT BE?

The wish that I always have for the MNA Safety Patrol is more shifts.  We have officers that operate at maximum efficiency and the schedule is sporadic enough that those two factors combined prevent a lot of problems, but I still see car break-ins and vagrancy related issues regularly.  As the weather warms, we may see the predictable increase in sex worker activity which will also require more time.

I know many neighborhoods have flashy cars for their patrol but I like the truck we have.  It gives a height advantage to let us see more while we are driving and it adds visibility to the patrol presence.  I would upgrade the light on top of the truck to allow for brighter visibility and side angles for alleys.

WHAT CAN RESIDENTS DO TO IMPROVE THEIR SAFETY?

I see a hesitance in folks to call 911. Always call 911 and let us decide the priority level.  After calling 911, call the MNA Safety Patrol.

WHAT ARE YOUR 2020 SHORT TERM GOALS FOR MNA PATROLS?

Reduce crime.  Seems simple but it takes a robust shift schedule and focused efforts.  Show residents the value of a strong neighborhood patrol and grow the shift schedule.

WHAT ARE YOUR LONG TERM GOALS FOR MNA PATROLS?

Maintain the reputation of the neighborhood as a safe place to live comfortably, raise families, and enjoy moving about freely inside the city while simultaneously creating the reputation that it is not the place to go if your intentions are nefarious. 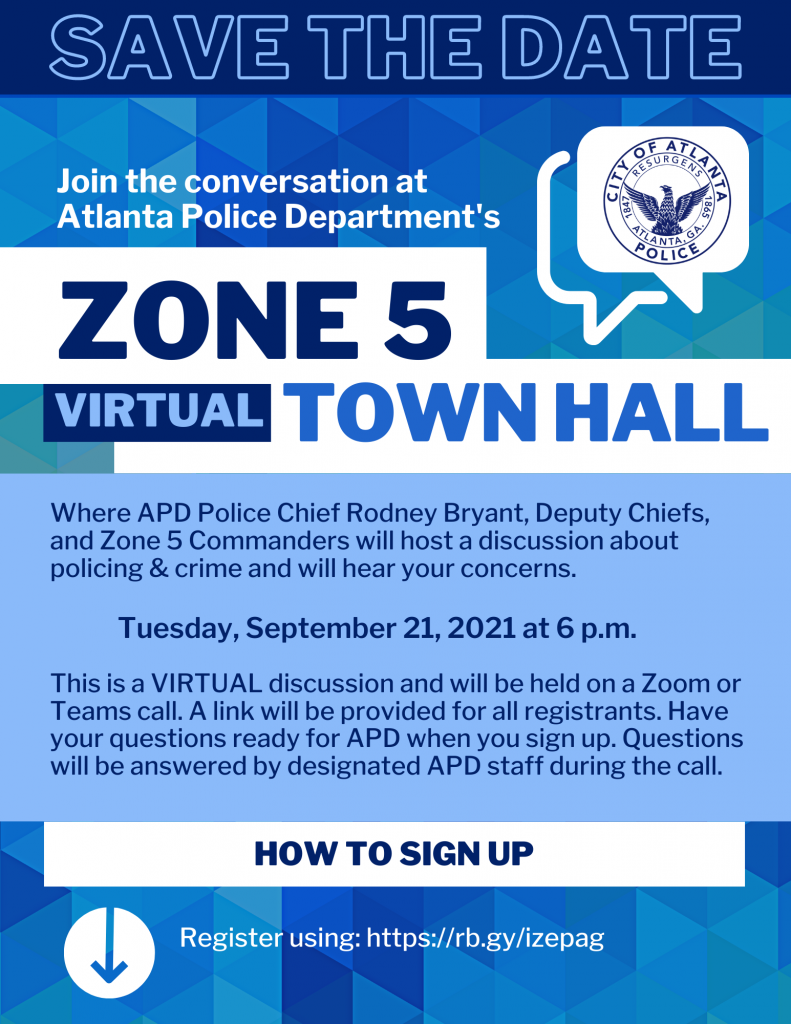 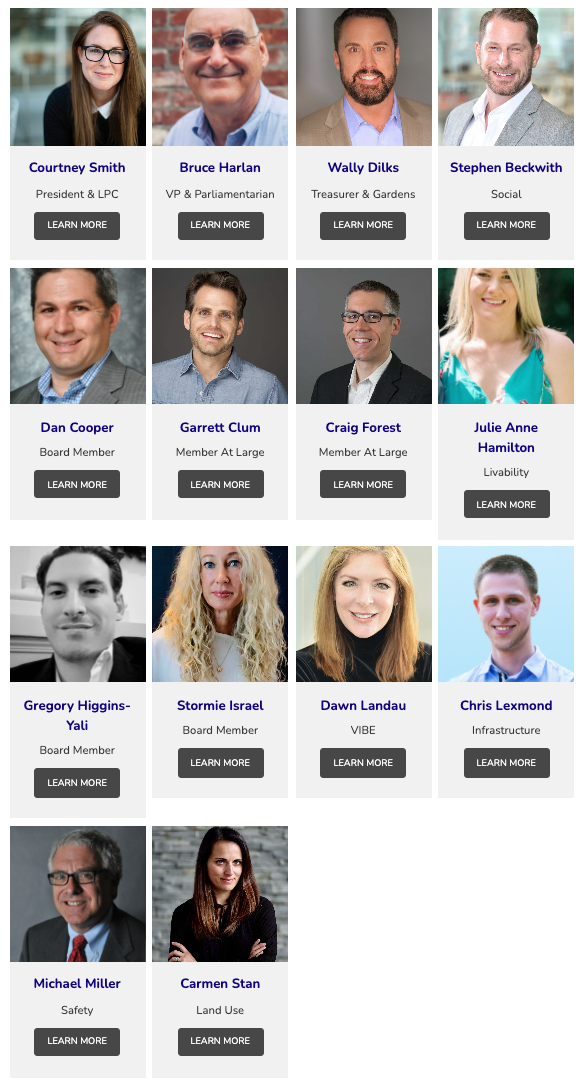 COVID-19 UPDATE: Due to gathering restrictions, MNA’s Board meetings will be held via Zoom video conference until further notice.  If you would like to participate in an upcoming Board Meeting, please visit our agenda page…
Oct
1
Fri
8:30 am APS Community Coffee
APS Community Coffee
Oct 1 @ 8:30 am – 9:30 am 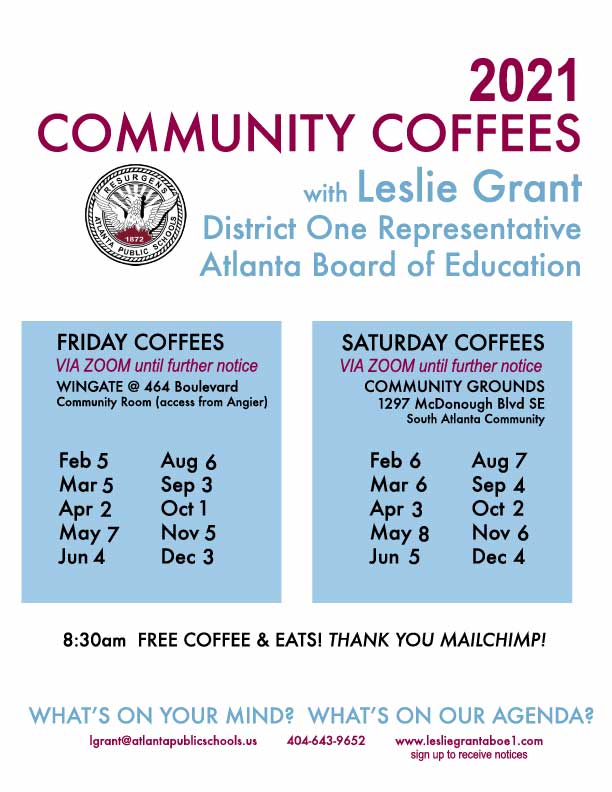 These events are virtual at this time.  Please email Leslie Grant or click on her website above to get the link for the meeting you intend to join.
View Calendar
Go to Top