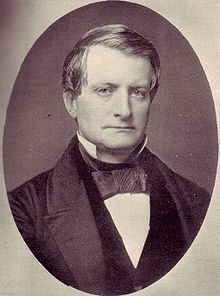 Did you know the city name of “Atlanta” came about as a result of Richard Peters, a land owner in Midtown in the mid 1800s?
Mr. Peters was in charge of building a railroad from Augusta to what was then called Marthasville. He heard many complaints about the length of the name Marthasville, which took too long to write in log books, freight, etc. He traded letters with John Edgar Thomson (his business colleague) and when the latter suggested Atlanta, Peters began printing up thousands of circulars. He distributed them from Augusta to Tennessee advertising the new name which was officially changed in December 1845.

Peters later purchased over 400 acres for $2,000 which is basically all of Midtown between North Avenue and 8th Street. In efforts to “build life in the city,” he subdivided the land and named the north/south streets by trees to match the name of Peachtree Street, but named Penn to honor his roots in Pennsylvania. East/west streets were numbered starting with 3rd, as the North Avenue and Ponce de Leon were already named.

His accomplishments set the stage for the 1895 Cotton States and International Exposition, held at what is now Piedmont Park. Nearly 800,000 visitors attended the event.

See the Richard Peters house then and now here, courtesy of The Atlanta History Center: http://atlantahistorycenter.tumblr.com/post/27801386181/1880s-view-of-the-richard-peters-house-on – See more at: http://atlanta.neighborhood.org/info/97832#sthash.HC3VgVLN.dpuf