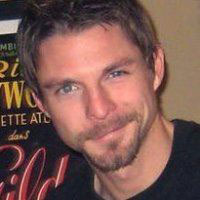 Joe has called Atlanta home for over 14 years, and recently decided living in Marietta was way too far from the “real life” of the city.  Feeling trend of a rapidly growing Midtown, he decided to move and become an active part of it all.

Three months after living in Midtown, Joe signed up for the Midtown Neighbors Association in hopes to spread his knowledge of corporate process and efficiency to a group that was focused on the entire Midtown Community.  Within that first month, he started the communications committee which was focused on rebuilding the current web infrastructure to better enable the entire Midtown community.  This project will take the current site of 10+ years old and make it something that the entire community can build upon and automate in the years to come.  The first phase will be completed by February 1, 2015

A month after that, Joe created a resurgence for the Membership committee.  “It was vitally important to me to grow the community further by reaching out to new members, and to continue reaching out to current members to ensure that their needs are met”.  During that time, there were a few role shifts and Joe volunteered and was honored with the position of Vice President.

Joe holds a liberal arts degree from Tufts University in Boston, MA.  Professionally he started his own consulting firm and for 20 years, has worked with a variety of companies: from new startups to the Fortune 500 companies.  Computers, technology systems and business integration has always been something that has captivated his interest professionally.  “Recently, I’ve really wanted to take the knowledge I have brought to companies all these years and put it toward something I believe in… people”.